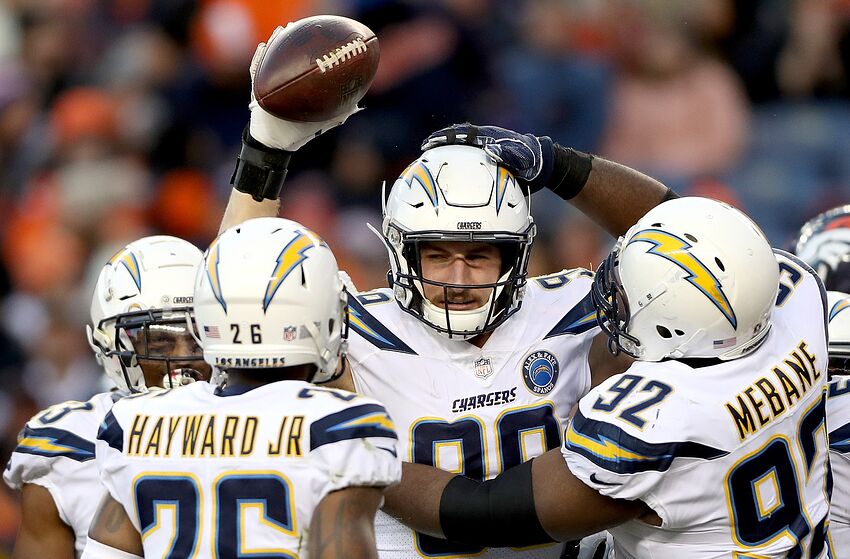 The Los Angeles Chargers have some holes that are going to need to be filled but the biggest focus should be extending Joey Bosa.

The Los Angeles Chargers are potentially losing some pieces this offseason but as a whole, the team is in a great position to yet again be one of the best teams in the AFC next season.

The Chargers definitely need to bring in linebacker help, defensive tackle help and potentially a receiver to replace Tyrell Williams, who is an unrestricted free agent and could be in for a big payday elsewhere.

These holes will naturally be filled by the Chargers. The 2019 NFL Draft alone is enough to fill these holes and the Chargers can sign one or two free agents to completely sum the offseason up. It is not going to be challenging and the front office does not have to do as much work as past offseasons.

With that in mind, the Chargers should turn the brute of their attention to the all-pro defensive end on the team, Joey Bosa. In particular, the team’s biggest focus this offseason must be to extend Joey Bosa past his rookie contract.

Bosa and the Chargers have not had the most success in negotiating a contract. Bosa infamously held out until the Chargers gave him an unprecedented rookie contract worth $25.8 million over four years with a $17 million signing bonus.

All of the money was guaranteed and it was the biggest bonus the Chargers had ever given a player.

With that in the back of our minds, it is safe to say that Bosa might not love being a Charger and instead is going after the money, which is fine, this is his career after all.

He is worth the money, though. In 33 games played the last three seasons Bosa has recorded 28.5 sacks and 134 combined tackles.

That means that Bosa is getting sacks at a more frequent rate than Khalil Mack and is at the same exact rate as Aaron Donald. He is still only 23.

Playing on the Chargers, who do not get a lot of national love, and being hurt this year has seemingly put Bosa in the backseat. If you ask most NFL fans right now they would not be willing to pay Bosa the money he might want.

However, it obviously would be worth it because he is already going toe-to-toe with the best in the game through three years. His prime is going to be from years five to eight, which could result in unprecedented numbers if his trends continue.

With three years of his rookie contract up the Chargers can sign Bosa to an extension and eliminate the club option for a fifth year that is after this season. A six-year extension would lock Bosa down through the 2025 season. He will be 30 years old at the end of that year.

With Philip Rivers‘ career coming to a close the next two-three years the Chargers can afford to pay Bosa this kind of money because the quarterback will be on a rookie contract, which is something the Rams and Bears both took advantage of.

If the Chargers don’t extend Bosa, I would not be shocked at all to see him sign with the Arizona Cardinals or whatever team ends up picking his brother, Nick Bosa, in the 2019 NFL Draft. If they are offering more money than the Chargers why wouldn’t he want to wreak havoc alongside his brother?

Next: Chargers shouldn't overpay for Williams

Nick Bosa might be the key in all of this and it is going to take the kind of contract that Mack and Donald received to keep Bosa on the Los Angeles Chargers. He is more than worth it.