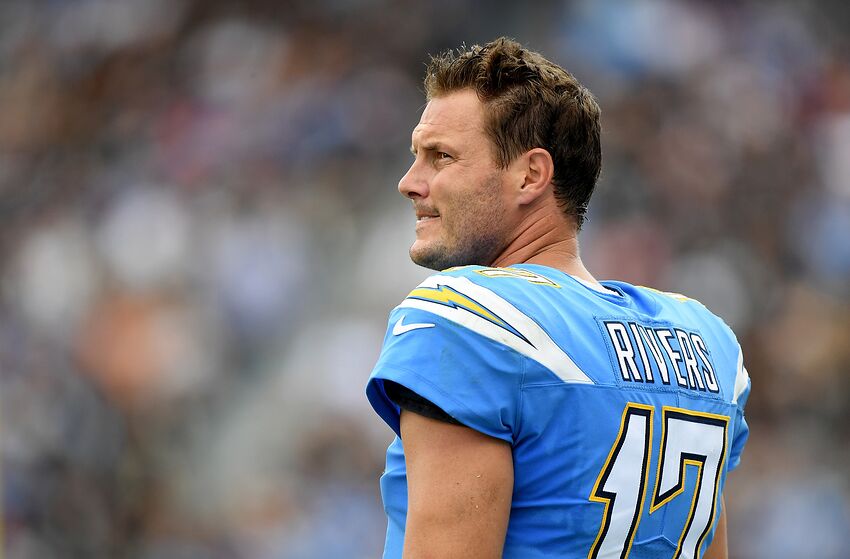 CARSON, CA - OCTOBER 07: Philip Rivers #17 of the Los Angeles Chargers on the sidelines during the game against the Oakland Raiders at StubHub Center on October 7, 2018 in Carson, California. (Photo by Harry How/Getty Images)

The 2019 NFL Draft is only a few days away and the mock drafts are flooding in: here is who we think the Los Angeles Chargers are most likely to pick.

We are less than a week away from the 2019 NFL Draft and in this time of year, the mock drafts start to flood into every news feed, each writer doing their best to predict the draft order. Each of these mock drafts is different and if you are a fan, it could be hard to pinpoint what the Los Angeles Chargers are going to do.

The Chargers have a few distinct needs heading into the draft and with their placement in the draft, 28th overall, you can start to string together who the Chargers might target in the first round.

But still, there are multiple different options available and it is all dependent on what happens in the draft prior to the pick. Even the Los Angeles Chargers are unsure who they will end up with as they likely have a short list of guys to consider, if available, with the 28th overall pick.

On that short list is likely Dexter Lawrence, who is our bonafide lock to who the Los Angeles Chargers should select in the first round of the 2019 NFL Draft.

If Lawrence is available, unless there is a glaring pick that falls way lower than they should fall (like Derwin James a year ago), then Lawrence is as easy of a pick that the Chargers can make.

The Clemson defensive tackle is exactly what the Chargers need on the defensive line after drastically losing their depth at the position.

While the defensive line is one of the best areas of the team, the Chargers could separate an already great line from the other great lines in the league if Lawrence pans out as expected.

Lawrence will not make his money as a pass-rush specialist. While he has the size to eventually thrive at rushing the passer, the skill jump to the NFL won’t make him an elite interior rusher right away. However, as he works on his game with NFL personnel, that could soon change.

Where Lawrence will make his money is as a great run-stuffing defensive tackle that can plug the running lanes. The Chargers were a lot better in stopping the run last season but that is the best way to attack the team. Long methodical drives that bank on the running game were the Chargers’ Achilles’ heel in 2018.

Lawrence has the size and strength to be that brick wall in the middle for the Chargers and does not have a better fit than the Chargers for his first team. The emphasis on Joey Bosa and Melvin Ingram will only make him better and he can make quicker progressions in the league as a result.

The pick should not be used on Philip Rivers‘ successor or a replacement for Jahleel Addae, the Chargers can find good safety options in the second round.

Next: Chargers' toughest games of 2019

Instead, the Los Angeles Chargers should select Dexter Lawrence, who is projected to fall to the late 20s on draft day.